Hosted by Türk Telekom team in the 21st-week match of Tahincioğlu Basketball Super League, Anadolu Efes won the game with the score of 84-76. The score was balanced 36-36 at the halftime of the match that has been played at Ankara Sports Hall.

Starting the match with Doğuş, Beaubois, Anderson, Motum and Dunston, Anadolu Efes’s first points were scored by captain Doğuş. After passing the second minute of the match with Dunston’s points and setting the score tabel to 4-0, Anderson scored a three-pointer and our team set the score tablet o 7-3 at 2:30. After this score, the rival team’s points set them ahead, then Baubois’s 2 and Motum’s 4 points balanced the score to 13-13 heading into the television time-out. Returning from the time-out Beaubois’s three-pointer at 7:30 put our team into the leading position again: 16-15. After Dunston’s basket at the 8th minute our team was 18-15 ahead, then in the remaining 2 minutes, our team failed to score and finished the first quarter trailing 18-19. Starting the second quarter with Sertaç’s basket, Anadolu Efes set the score table to 22-23 at the 14th minute with Motum’s fancy dunk. After Metecan’s three-pointer, our team scored 2 more points from the free-throw line and was ahead at 15:30 with the score 27-26. After Sertaç’s basket, Micic scored a three-pointer and balanced the score at the 18th minute: 32-32. Remainign duration Dunston and Motum’s points couldn’t break the point balance and the first half ended with a balanced score: 36-36. 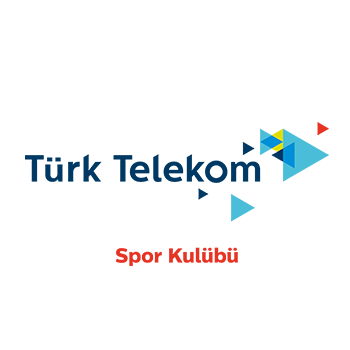 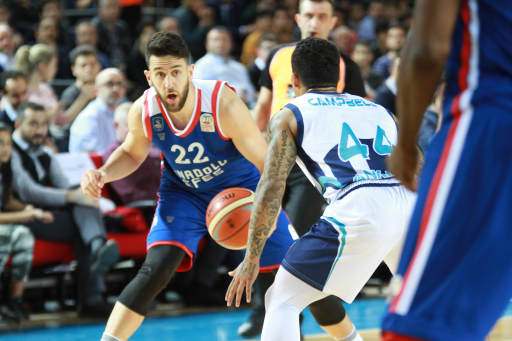 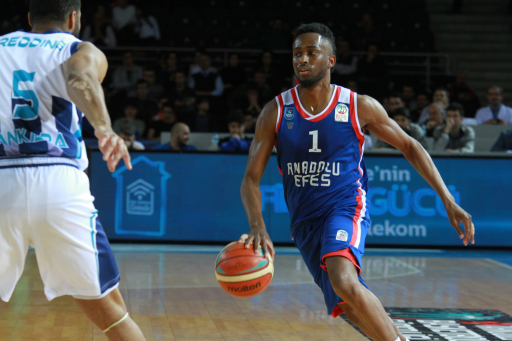 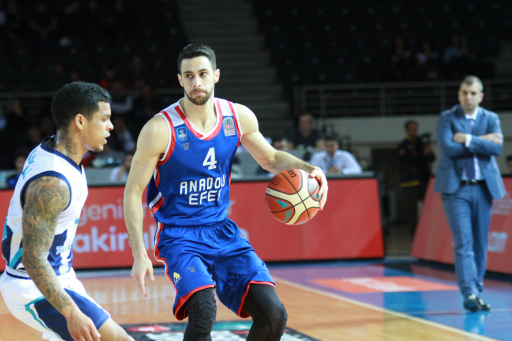 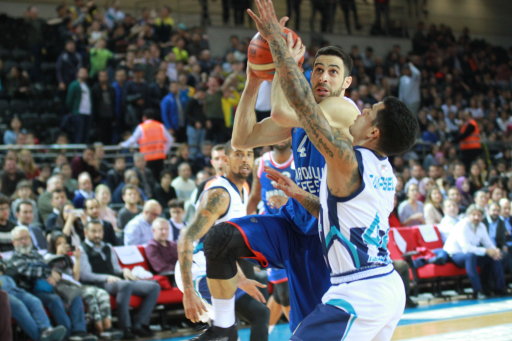 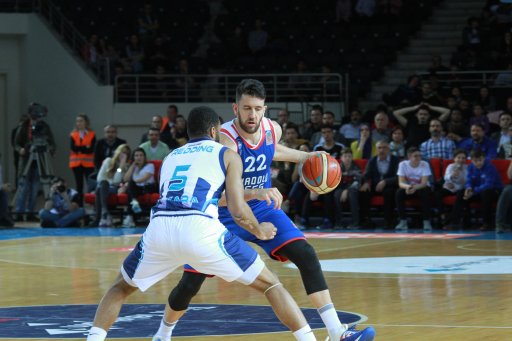 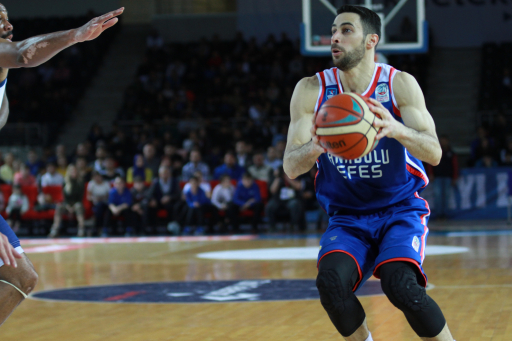 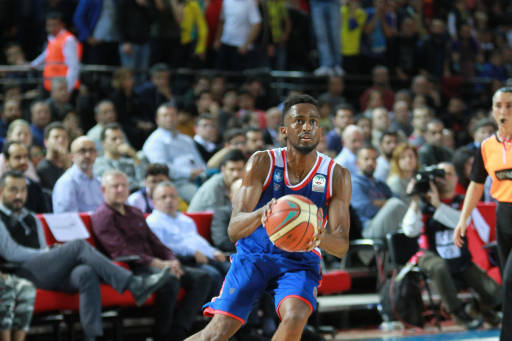 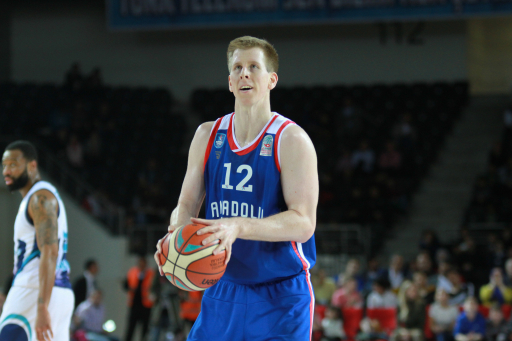 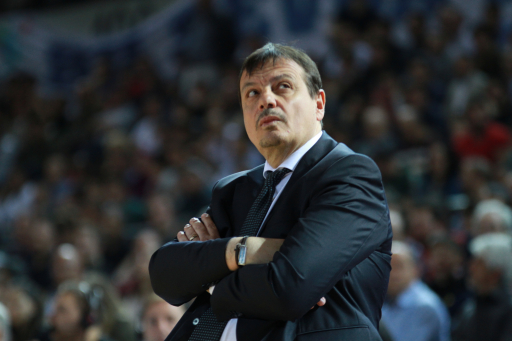 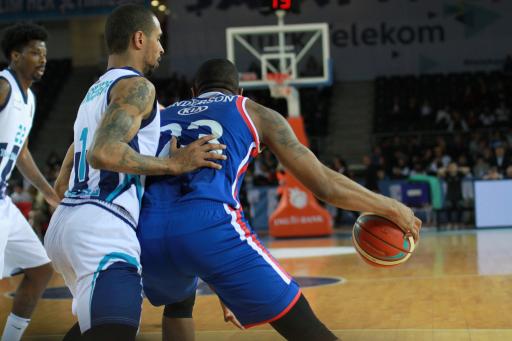 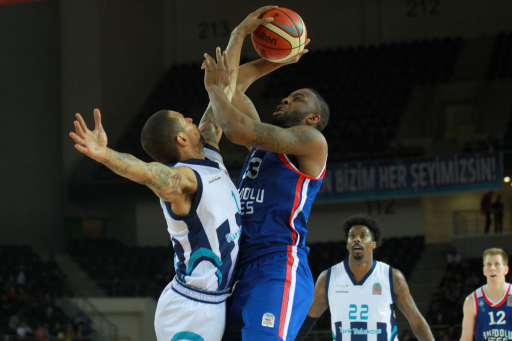 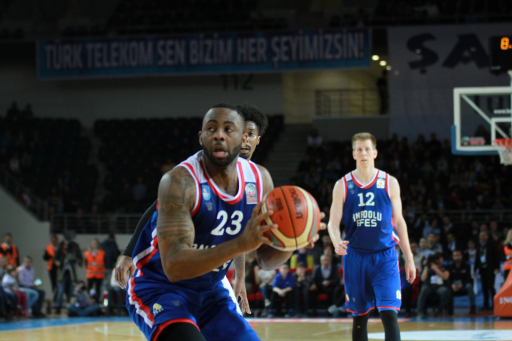