Hosted by Banvit team in the playoff quarterfinal second match of Tahincioğlu Basketball Super League, Anadolu Efes won the game with the score of 87-77. Anadolu Efes was trailing 38-41 at the half-time of the match that has been played at Kara Ali Acar Sports Hall. With this result, our team set the score to 2-0 and qualified for the semi-finals. Our team’s rival will be the winner of the Galatasaray Doğa Sigorta - Gaziantep Basketball match.

Starting the match with Larkin, Beaubois, Simon, Moerman, and Dunston, Anadolu Efes’s first points were scored by Beaubois. After Larkin and Simon’s scoring game, our team set the score table to 10-5 at the 3rd minute of the match. After Moerman’s layup, Beaubois and Dunston continued to score in the painted area and head into the television time-out 16-10 ahead. Returning from the time-out Beaubois scored three-points and at 5:30 the score was set to 19-10. Dunston scored a fancy dunk and Moerman scored 1 point from the free-throw line and brought the score to 22-14 at 6:30, then Beaubois scored another basket and raised the score difference to double digits for the first time in the match at 7:30: 24-14. Remaining duration Dunston scored one more basket and our team finished the first quarter 26-20 ahead. Starting the second quarter with captain Doğuş’s three-pointer, our team was 29-20 ahead at the 11th minute. Sertaç and Moerman’s points at the 12th minute set the score table to 34-22, then our team was quiet for five and a half minutes and so the rival team set the score table to 34-35 at 17:30. Within the last 2:30 minutes of the quarter Dunston scored 2 dunks and Anadolu Efes finished the first half trailing 38-41.

Starting the second half with Simon’s basket, Anadolu Efes balanced the score at the 22nd minute with Larkin’s three-pointer: 43-43. Simon then scored another basket and balanced the score, Anadolu Efes was ahead again with Beaubois’s points at the 25th minute: 49-47. After this score, our team raised the tempo and after the points of Dunston and Larkin at 27:30 set the score table to 59-50. In the last 2:30 minutes of the quarter Simon scored 4 and Moerman scored 2 more points and our team head into the final quarter 66-53 ahead. Starting the final quarter with Sertaç’s basket, Anadolu Efes set the score table to 70-53 with Larkin’s basket at the 31st minute. Yiğitcan’s three-pointer set the score table to 73-56. Larkin scored another three-pointer at the 37th minute and our team was 76-66 ahead. Our 78th point was scored by Beaubois, then Simon scored another three-pointer and our team head into the last 2 minutes of the match 81-71 ahead. Remaining duration Beaubois and Dunston scored three-points each and Anadolu Efes won the match with the score 87-77 and qualified for the semi-finals. 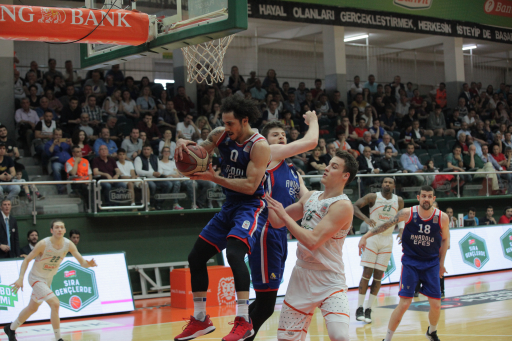 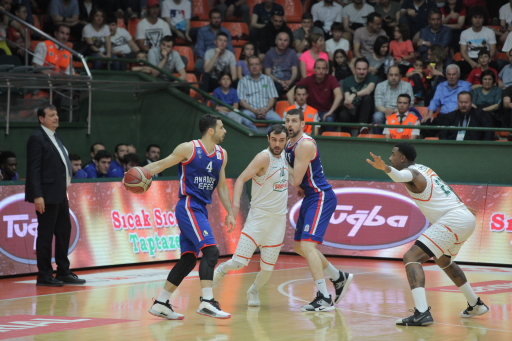 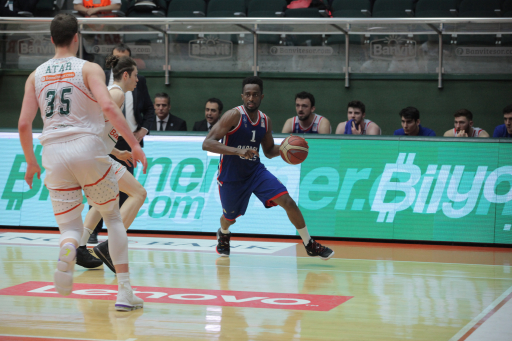 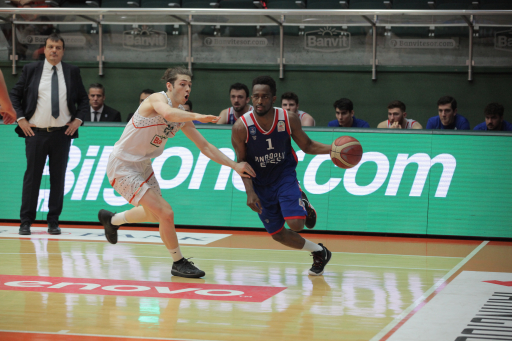 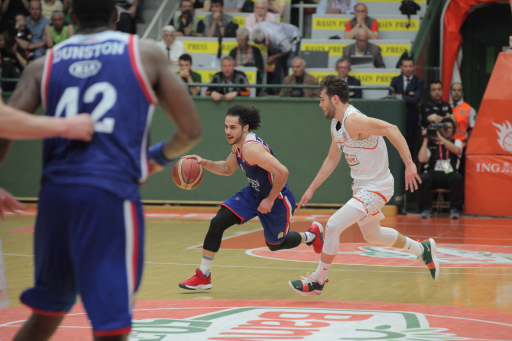 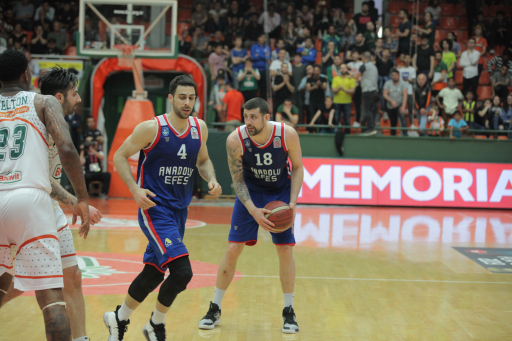 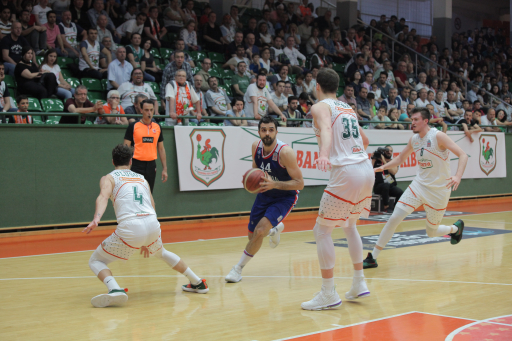 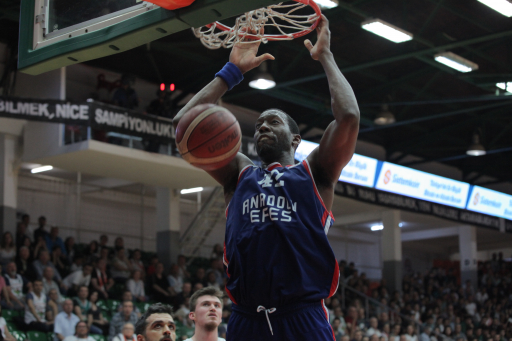 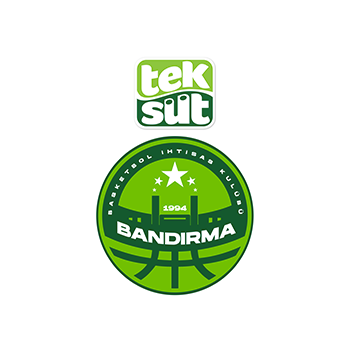