Hosted by Spain’s Baskonia Vitoria Gasteiz team in the 29th-week match of Turkish Airlines Euroleague, Anadolu Efes won the game with the score of 102-92. Anadolu Efes was trailing 48-53 at the half-time of the match that has been played at Fernando Buesa Arena.

Our injured players Bryant Dunston and Metecan Birsen didn’t wear the jersey in this match.

Starting the match with Larkin, Buğrahan, Anderson, Moerman and Pleiss, Anadolu Efes’s first points were a three-pointer scored by Buğrahan. After Larkin’s 3 points and-one, our team was 6-2 ahead at the 2nd minute of the match. After this score, our team started raining three-pointers, and Moerman and Larkin’s 2, Simon’s 1 three-pointers set the score table to 21-20 at the 7th minute. Sertaç’s underneath point was carried on with Simon and Micic, and our team finished the first 10-minute duration 30-26 ahead. Starting the second quarter with Motum’s layup, Anadolu Efes raised the score differenced to 7 points at 11:30 with captain Doğuş’s three-pointer and the hosting team called a time-out: 35-28. Returning from the time-out Motum continued to score and set the score table to 37-34 at 13:30, then the rival team speed up the gear and was ahead 37-39 in the following minute and so, coach Ergin Ataman called a time-out. Returning from the time-out Beaubois and Moerman’s three-pointers followed by Pleiss’s 2 points from the free-throw line and our team set the score table to 45-47 at the 18th minute. Remaining 2-minute duration captain Doğuş scored 3 more points but our team head into the changing rooms trailing 48-53.

Starting the second half, the first 2-minute duration was quite for both teams and our first points were scored at the 22nd minute by Simon: 51-55. After Pleiss’s 4 points, Micic scored with a dunk and balanced the score out, so the rival team called a time-out at 23:30: 57-57. Returning from the time-out Moerman’s consecutive 5 points set the score table to 62-60 at the 25th minute of the match. After Pleiss and Buğrahan’s points at the 26th minute, our team was 66-62 ahead, then in the remaining duration Moerman, Micic and Beaubois scored and our team head into the final quarter 74-67 ahead. Starting the final quarter Anderson scored our first points from the free-throw line and our team was 76-67 ahead. At 31:30 the score table was set to 76-73 and so coach Ataman called a time-out. Returning from the time-out Pleiss and Larkin duo’s points set the score table to 85-78 at 34th minute. At the 35th minute Moerman’s three-pointer raised the score difference to double digits for the first time: 88-78. After Pleiss’s three-pointer at the 36th minute the score difference was raised to 13 points: 91-78. Remainign duration Pleiss and Larkin continued to score and our team won the match with the score 102-92. 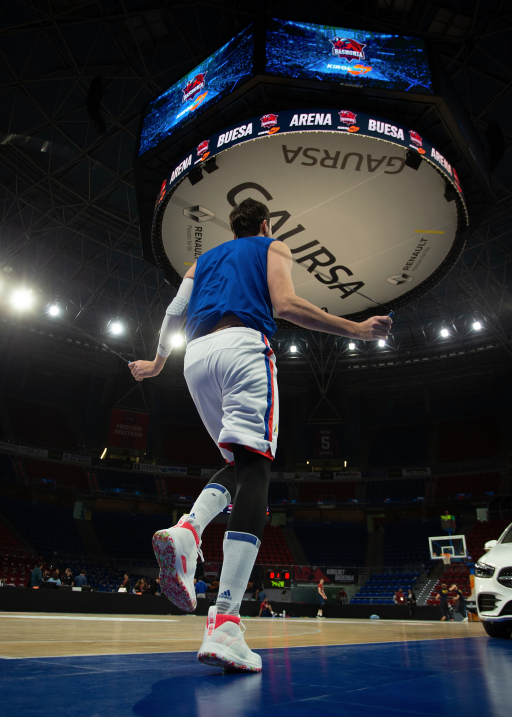 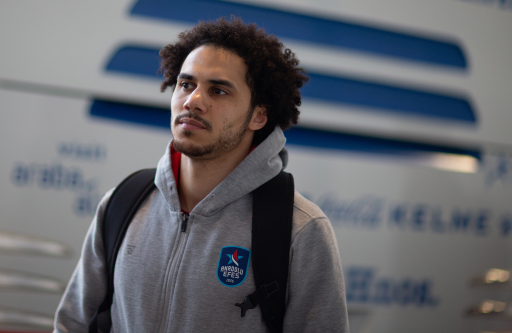 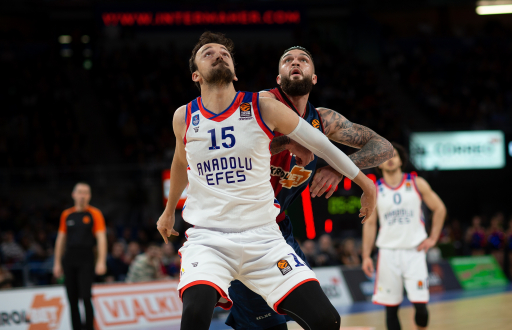 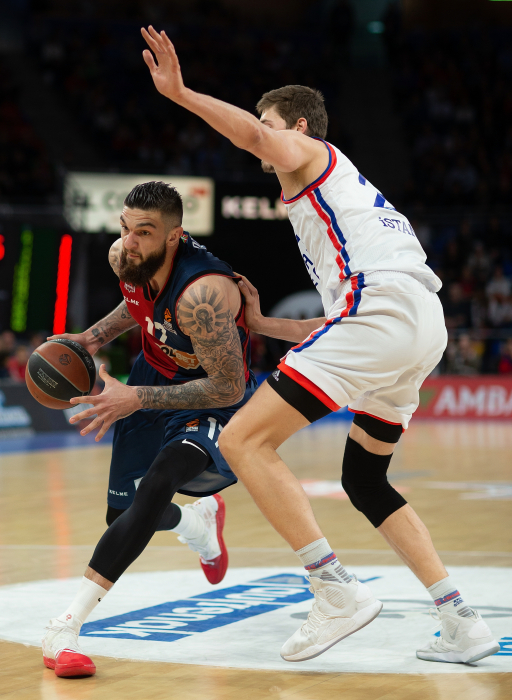 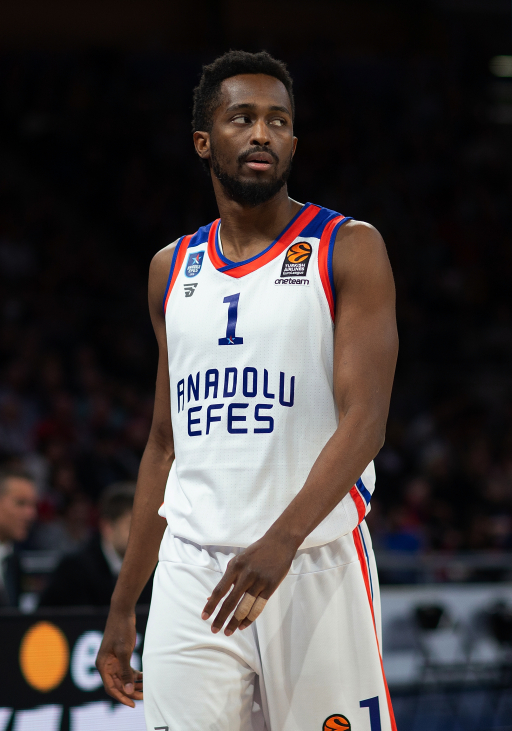 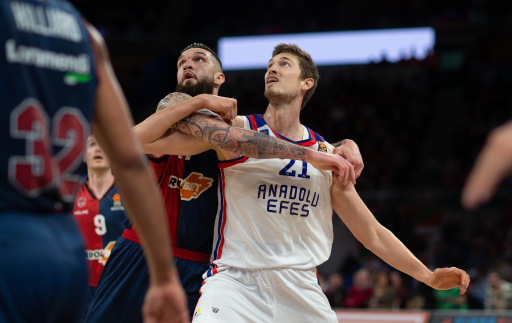 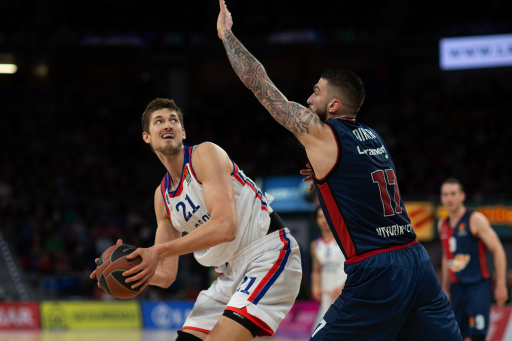 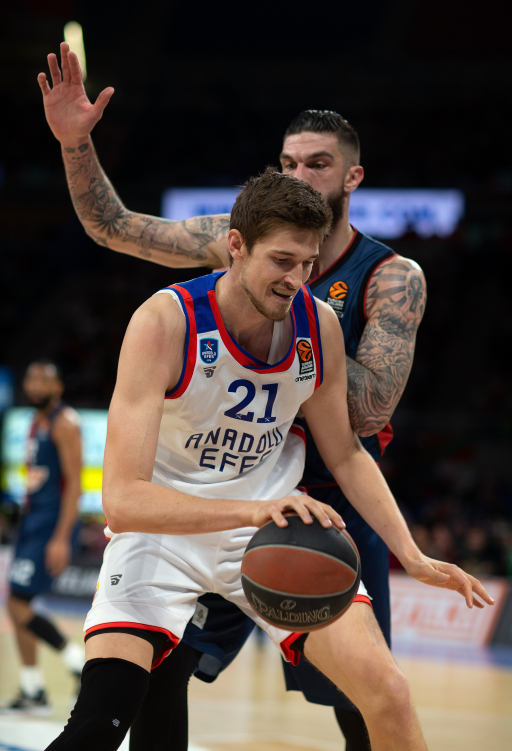 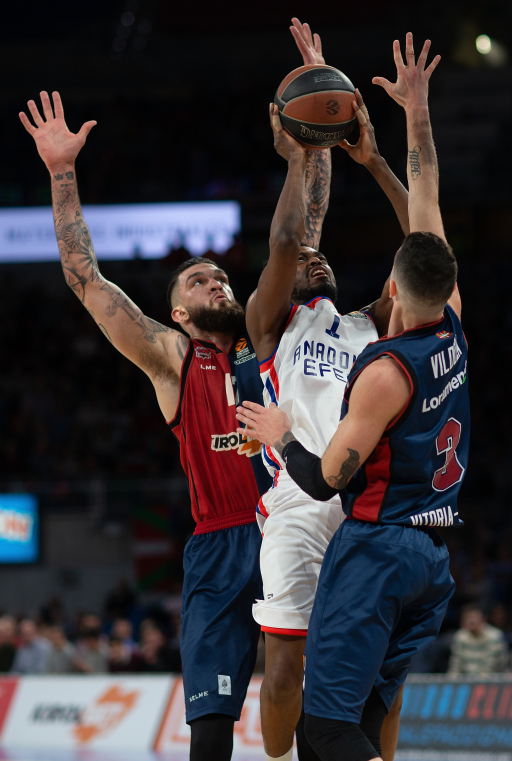 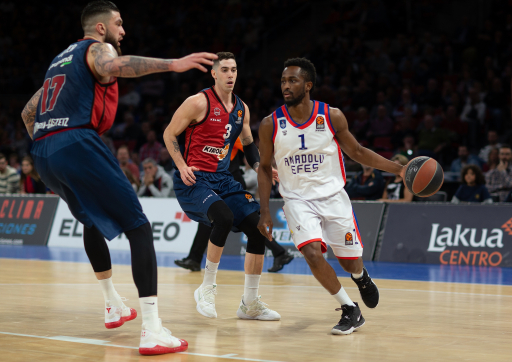 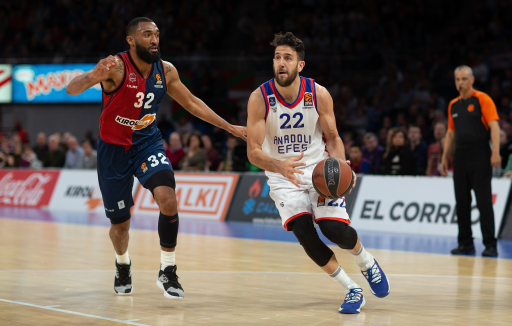 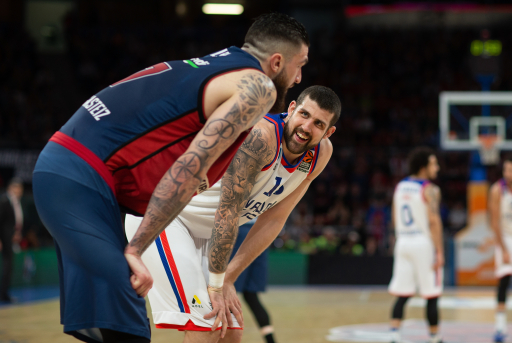 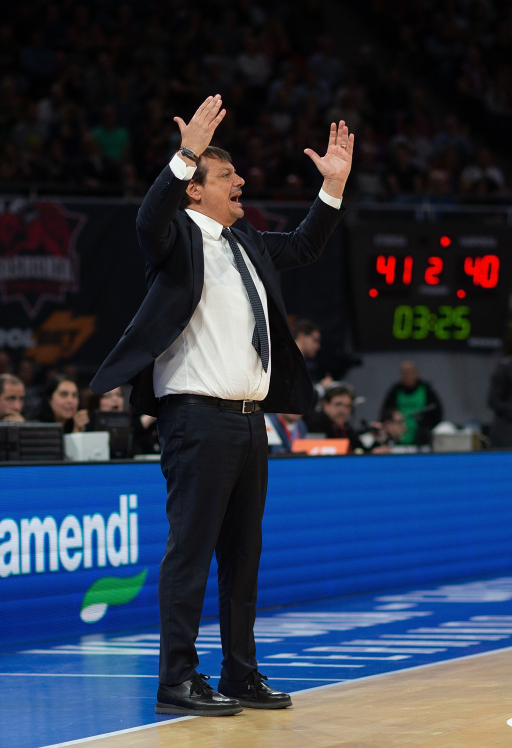 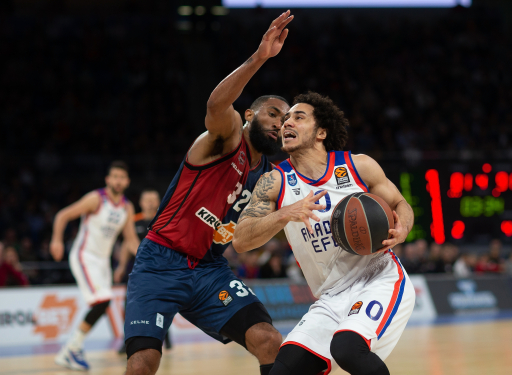 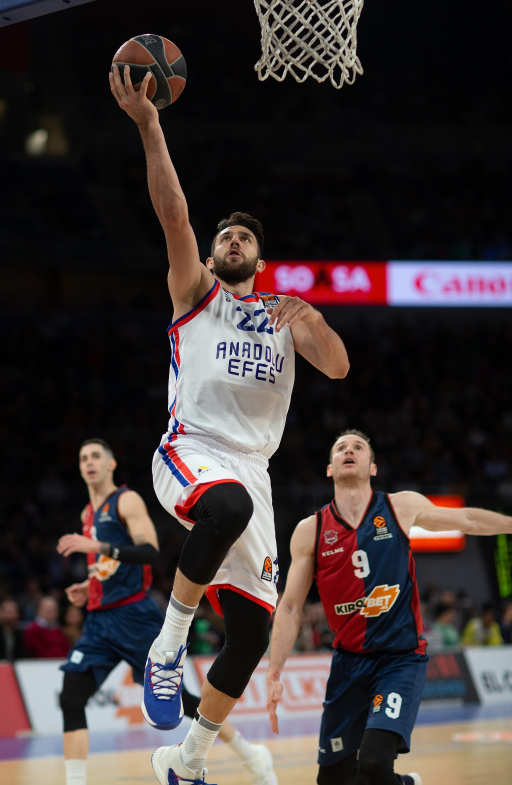 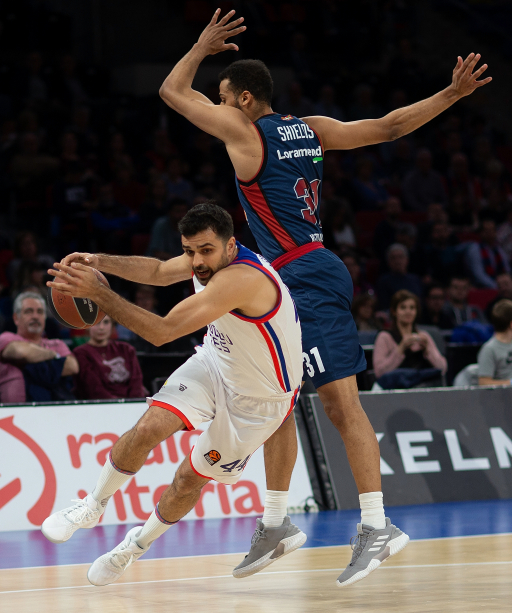 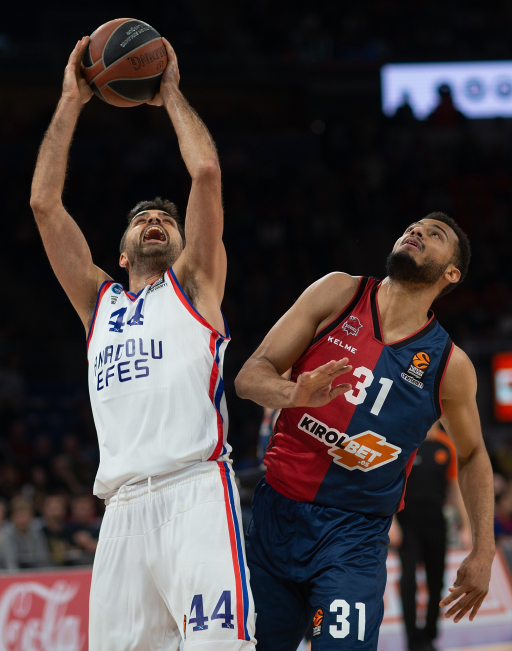 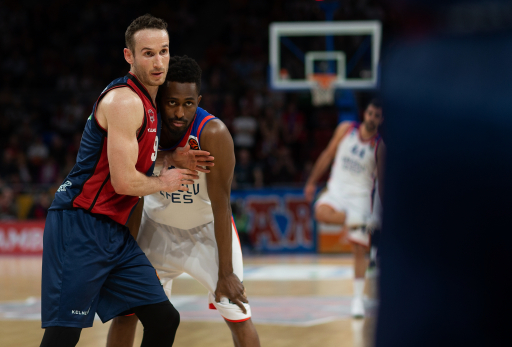 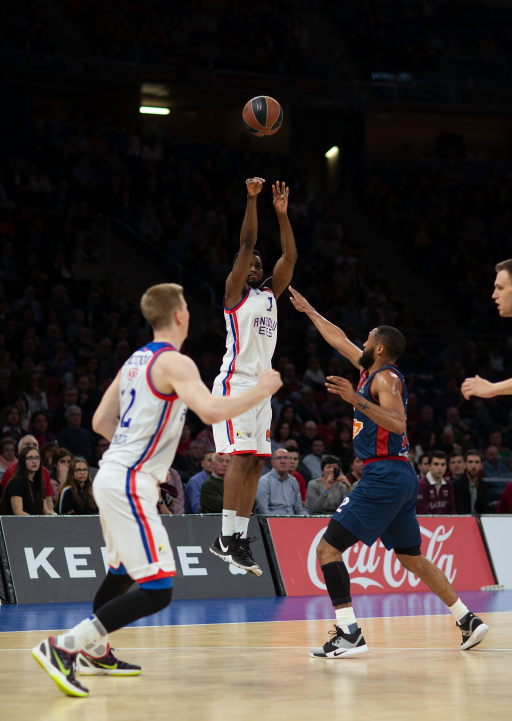 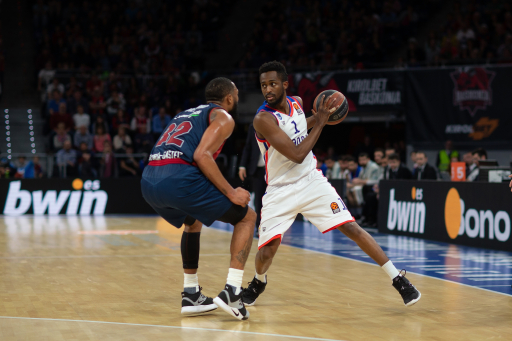 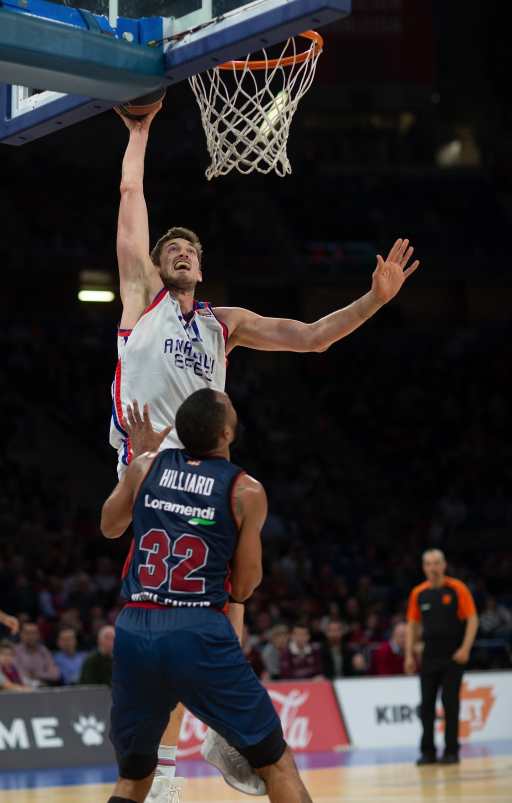 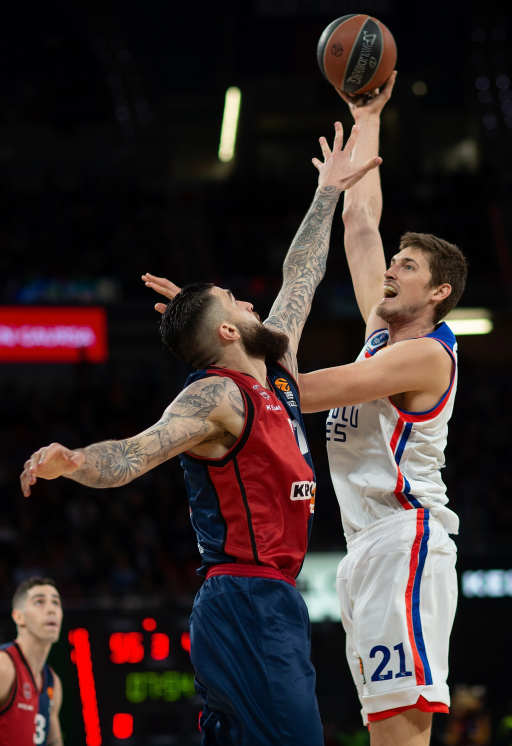 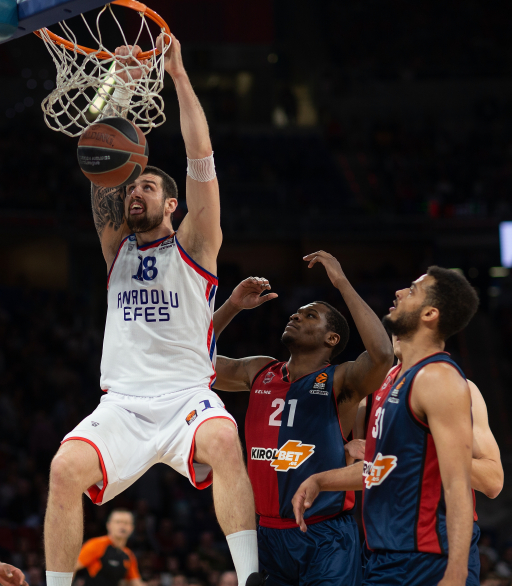 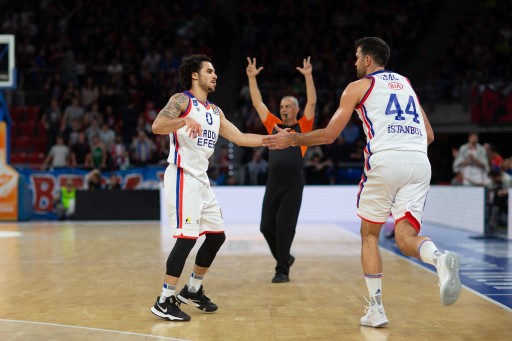 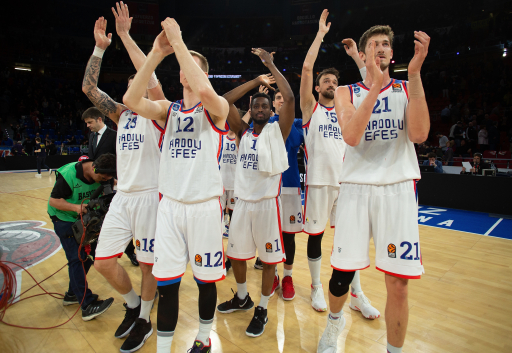 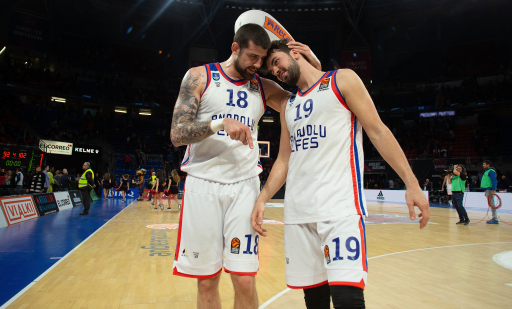