Hosted by Lokman Hekim Fethiye Belediye Sports team in the 7th-week match of ING Basketball Super League, Anadolu Efes won the game 90-84. The score was tie 46-46 at the half-time of the match that was played in Fethiye Beşkaza Sports Hall.

Starting the match with Erten, Buğrahan, Simon, Moerman, and Singleton, Anadolu Efes’s first points were scored by Buğrahan behind the three-pointer line. After Simon’s consecutive 16 points, our team was leading the score table 19-11. After Micic scored a three-pointer, our team was 22-15 ahead at the 8th minute, then Simon scored underneath and our team finished the first quarter 24-20 ahead. Starting the second quarter with Yiğitcan and Micic duo’s points, our team was 28-22 ahead at the 11th minute. After Tolga and Micic scored at the 14th minute our team was leading score table 35-28, then Simon continued to score and set the score table to 41-38 at 16:30. While our team was 41-43 trailing at 17:30, the remaining duration Tolga, Singleton and Anderson scored and the first half ended with a tie: 46-46.

Starting the second half with Simon’s points, our team was 50-49 ahead at the 21st minute. After Moerman’s three-pointer, our team was 53-52 at the 22nd minute, then within the following 2 minutes, the score table was set to 53-61. Micic scored 2 points from the free-throw line, then Singleton and Moerman scored and our team set the score table to 60-64 at the 25th minute. Buğrahan scored 8 points within the second half of the quarter and set the score of the quarter: 68-73. Starting the final quarter with a three-pointer, Simon scored his 33rd point within the match and broke his career record of 31 points that he scored in the match against İstanbul Büyüksehir Belediye Sports within the 14th-week match of 2018-19 season that our team won 93-80. Simon then scored 3 points and-one, then captain Doğuş’s fancy block followed by Buğrahan’s three-pointer, and our team was ahead again at the 32nd minute: 77-75. After Moerman scored our 79th point, captain Doğuş scored a three-pointer as well and set the score table to 82-80 at the 35th minute. Simon scored 4 more points at 36:30 and set the score table to 86-80, then Doğuş scored a layup and the hosting team called a time-out at 37:30: 88-80. Returning from the time-out remaining duration Simon scored 2 more points and our team won the match 90-84. 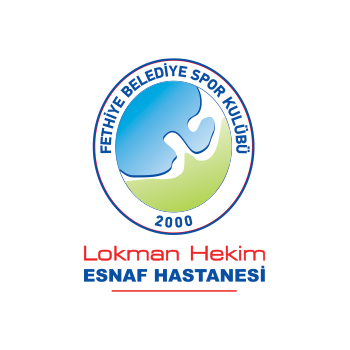 ING Basketbol Süper LigiAtaman: “No One Gives Up The Match Easily...”